Is the U.S. the next Greece?

The U.S. was second behind Japan, in terms of borrowing compared to GDP, but the ranked highest in borrowing needs.  Greece was third behind the United States. 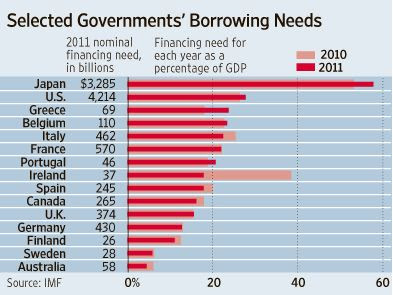 Clearly, the U.S. is on the wrong track and must restraint government spending to stop it dependency on other people's money to survive.  Read the complete article here.
Posted by Unknown
Email ThisBlogThis!Share to TwitterShare to FacebookShare to Pinterest