It took more than two years for Obama's 'Hope and Change' to be defined with actually proof.  Sure, conservatives knew that that Hope and Change meant bigger government, higher taxes and more misery.  But with cold hard data, 'Hope and Change' has been defined.  And it ain't pretty. 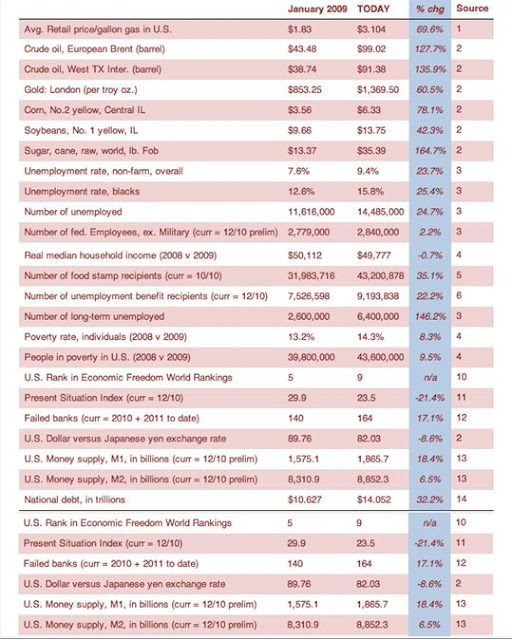 Simply put, America is barrelling toward collapse and the liberals are clapping and calling this "progress".  Well your so-called "progress" isn't paying the bills.  Not for the federal government, not for the state governments, and not for the American families who want just a piece of the American dream.

But at least we can now quantify what 'Hope and Change' really meant.  And we now know we don't embrace nor will tolerate it.
Posted by Unknown
Email ThisBlogThis!Share to TwitterShare to FacebookShare to Pinterest
Labels: Liberalism, President Obama, Progressivism