Let's hope not, but the unemployment numbers are not encouraging.

First, the April 2011 unemployment rate jumped up to 9.0% (up 0.2 percent from March 2011).  This uptick means more and more Americans are out of work, based on report of unemployment benefits.  And the total unemployment numbers prove that, with 15.9% percent of the American out of work as of April 30, 2011. 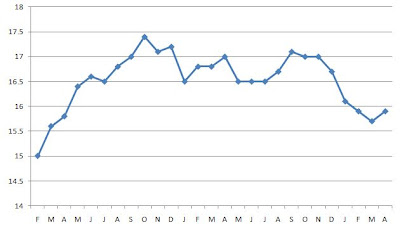 The political outlook for President Obama looks dire.  Historically, no President has won re-election with an unemployment rate above 7.2 percent.  If the election were held today, Obama would lose.
Posted by Unknown
Email ThisBlogThis!Share to TwitterShare to FacebookShare to Pinterest
Labels: President Obama, U.S. Economy, Unemployment